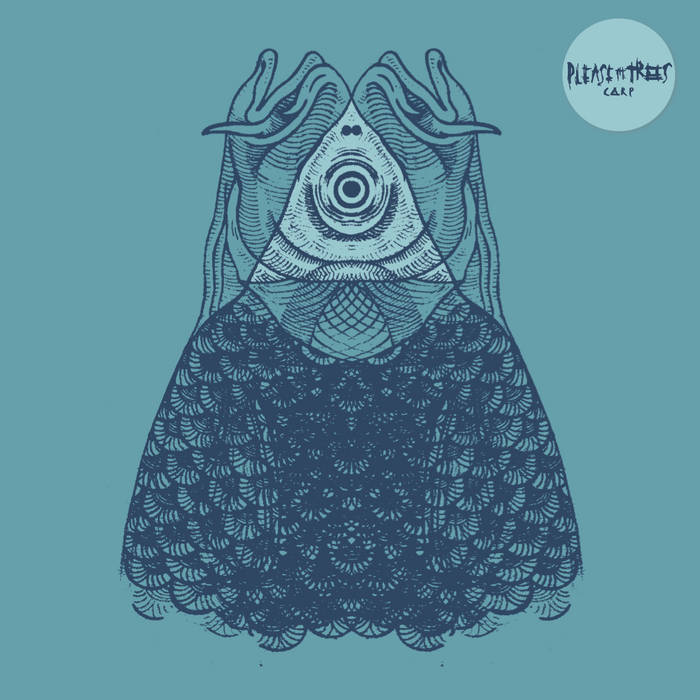 This is fourth full lenght record called ( /\ r |> (Carp) by the band PTT (Please The Trees) from the Czech Republic. The album was recorded within 24 hours with Chris Koltay at High Bias Recordings, Detroit, February 27 / 28, 2014 during the band's third US tour containing 23 shows within 27 days. The tour was organized by the band themselves. During this tour Please The Trees played with Ryley Walker, Wrekmeister Harmonies, Lord Buffalo, Al Lover, Cosmonauts, Kid Congo & The Pink Monkey Birds, Endless Bummer, The Coathangers, Habibi, Creaturos, The Silks and Roky Erickson. After flying in from Europe and finding out the band had two days off in between shows in Chicago, IL and Arlington, VA, off they vent by the Greyhound bus through winter storm to to Detroit, MI to record new material. Within 24 hours the band nailed live this record.

All instruments by Vac Havelka, Jan Svacina and Mira Syrny except additional electric guitar in Consider Death and synth in Missing Feeling Nothing by Chris Koltay

All rights reserved. Unauthorized duplication is a violation of applicable laws.