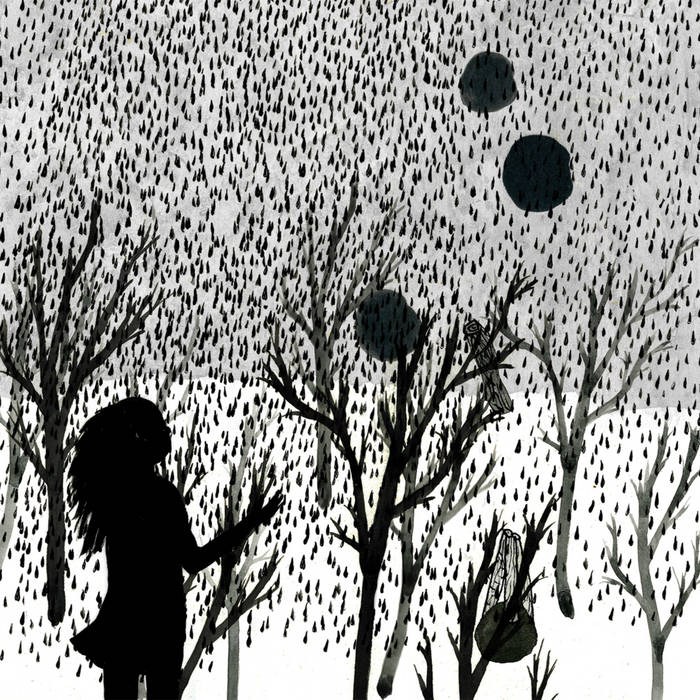 A Forest Affair – when Trees blossom…

Please the Trees have been following the trail of inspiration and perfecting their sound for over six years now. The latest fruit of that pilgrimage is their brand new record, A Forest Affair, which also represents something of a fresh departure. Indeed, the Czech band’s indomitable and deep-seated spirit of adventure and keen desire to place themselves firmly in the context of the international music scene led them all the way to California.

A key moment in the gestation of A Forest Affair was a meeting between the group’s leader Václav Havelka and American producer Jonathan Burnside followin Havelka's solo performanca at a Prague art gallery. The list of acts Burnside has worked with reads like a kind of alternative who’s who, and includes Melvins, Nirvana, Helios Creed, Faith No More, Consolidated, Meat Beat Manifesto, Red House Painters, The Sleepy Jacksons, Sister Double Happiness, Steel Pole Bathtub, Fu Manchu, Godspeed, the Gary Floyd Band (a group he was a member of and wrote songs for) and Dan Sultan.

Burnside and Please the Trees’ leader hit it off instantly that night in the Czech capital, and in autumn 2011 Havelka and his band mates decamped to the Golden State’s Novato, home of the former’s Magnolia Records studio (a previous visit to the States had them to Austin’s SWSX festival). Former LA Times music editor says about the band's performance at the Taix club, Los Angeles during the Culture Collide festival at his prestigious blog buzzbands.la: Please the Trees from the Czech Republic offered robust arrangements where guitars didn’t sound like guitars and frontmant Vaclav Havelka brought his own flair to the stage (and off the stage). A bit Grizzly Bear and a bit Arcade Fire (minus the massive number of people on stage), Taix’s main room finally saw a band who went out into the crowd and lose themselves in their own music.

Back to the recording, Havelka refferes: “I just felt recording with him, in his environment in California, was really something we had to try. My aesthetic will always be DIY, but I just thought, sonically, I really want to work with somebody I respect and who can bring an extra dimension to the music. He gave the record character.”

The LP was created against the backdrop of change in Please the Trees’ line-up, with founding guitarist Zdeněk 'Zok’ Kadlec quitting before its completion to be replaced by David Babka, who had been a close collaborator of the group’s for a number of years. The band had first come together in the mid 2000s when Havelka, then working solo and DIY-style under the name Selfbrush, hooked up with Some Other Place, a purely instrumental outfit from the south Bohemian town of Tábor.

Originally from the forests of a mountainous region in East Bohemia, Havelka has for some years been one of the most active figures on Prague’s independent music scene. Alongside performing solo and with a full group line-up, he has written music for several theater productions (including a staged version of Lars von Trier’s Dogville at the Estates Theater), hosts his own “Natural Bridge” show on alternative station Radio Wave, and – as part of the promotion company Scrape Sound – brings leading international alternative rock and country artists, such as Mudhoney and Bonnie “Prince” Billy, to the city.

The captivating, beautifully produced and stylistically varied A Forest Affair follows 2007’s Lion Prayer and Inkalesh from 2010 and represents the peak of Havelka’s career as a songwriter to date. It was released on 10 November on CD and vinyl (the two versions differ markedly) in a sleeve created by leading Czech underground designers, as well as in the FLAC and MP3 formats on the website of starcasticrecords.cz, the iTunes Store and elsewhere. The vinyl and CD versions differ markedly. The first single taken from the album, She Made Love To The Moon, is available for free in a single mix on Starcastic’s site.